M is for Martian Manhunter

Day 13 - A to Z Challenge - "M"
Half way point of the challenge...
...kinda bittersweet...thrilled to have made it this far, but still 13 more days to go!
I really appreciate all the wonderful comments and I am trying my best to reply to them. (Hopefully I can get caught up this weekend.)
Anyway, hope everyone will stick with me for the next 13 characters.

M is for Martian Manhunter 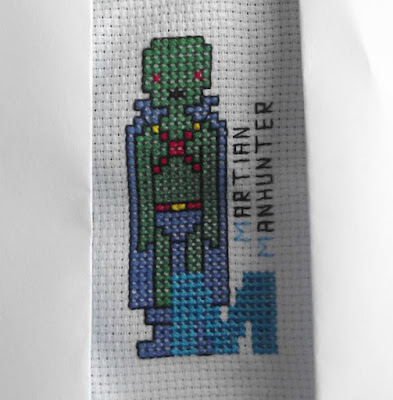 Origin Story:
A scientist on Earth, named Dr. Saul Erdel was secretly experimenting with alien (presumably Martian) technology, when it accidentally pulled J'onzz from Mars to Earth.  The sudden appearance of the seven foot tall alien caused Dr. Erdel to have a heartache and die.  With the death of the doctor, J'onn found himself stranded on Earth. (The teleportation technology no longer functioned.)
J'onzz decided to use his time on Earth to help others, upholding the ideals of truth and justice as he had done on Mars.

My Observations:
I actually quite like J'onn and find him interesting to watch.  He seems to have a very calm demeanor and always knows just what to do in any given situation.
I have really enjoyed the episodes featuring J'onn and the Flash, since their personalities are so different.  Their interactions have lead to some very funny moments.

Posted by craftingpaws at 9:00 AM 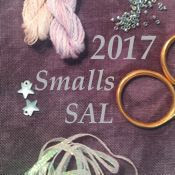 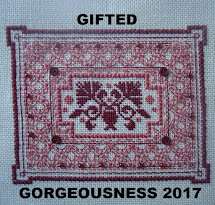